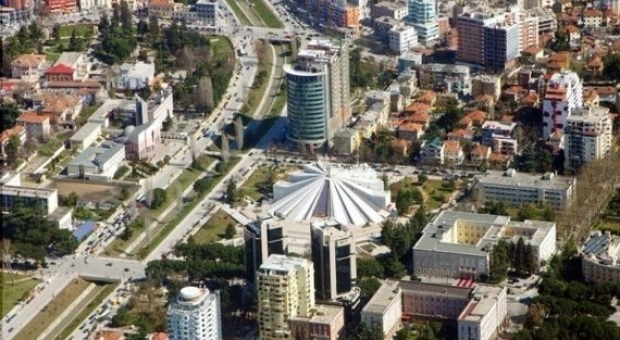 Tirana is the capital and the largest city of Albania. More than 1/4 of the overall population of Albania permanently live in Tirana. It is a very dynamic city, where the heart of the country beats. It is a city of contrasts, where the modern lifestyle meets old traditions. Still rapidly growing Tirana is a busy commercial and administrative center with many comfortable hotels, restaurants, discos, pubs and a rich cultural life.

Tirana has a Mediterranean climate. The average temperature varies from a low of 2°C in January to a high of 32°C in July and August which are also the driest months, each with around 3 cm of precipitation on average. The wettest months are November, December, and February averaging between 15 to 20 cm. The main cultural and artistic institutions of Tirana are the National Theater, the Theater of Opera and Ballet, the National Gallery of the Arts (Galeria Kombëtare e Arteve), and the Ensemble of Folk Music and Dances. Another cultural event includes performances of reknown world composers performed by the Symphonic Orchestra of the Albanian Radio and Television. The city has been a venue for the Tirana Biennale and Tirana Jazz Festival.

Tirana enjoys a beautiful setting between the ranges of Dajti Mountain from one side and the coastal plains on the other one. This relatively new city was founded in 1614 by Sulejmen Pashe Bargjini, feudal lord of that time, and proclaimed capital in 1920. However the area has been inhabited as early back as the Neolitic period. With a population of approx 800,000 inhabitants, Tirana is growing rapidly, and is a busy commercial and administrative center with several comfortable hotels, restaurants, discos, pubs as well as modern facilities for conventions and conferences. About 70% of the businesses are located in Tirana area. It is always nice to have a walk in the Grand Park, lying in the southern part of the city and extending over an area of 250 hectares with an artificial lake included. It has 120 kind of plants, decorative shrubs and flowers of various colors.

Albania Property Management has a lot of properties for sale or for rent in the city of Tirana. Our agents in the city will be able to help identify great deals for our clients