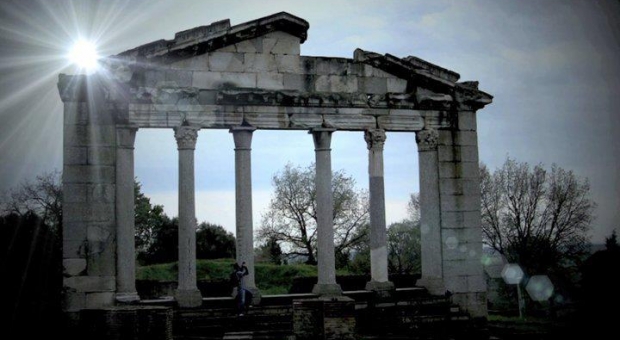 Albania offers mountains, rivers, beautiful coastlines and a commercially unspoilt environ to foreign visitors. Whilst many of the Albanian population have been trying to leave the country by whatever means over the last two decades, the country itself is now promoting tourism, which is a relatively new thing there. Under its former strict communist regime tourists weren’t allowed, but now Albania is pinning hopes of future economic growth on tourism, and hoping to become a European player.

Albania will mostly appeal to independent travellers who want to explore the country before it emerges into the modern era, as at present it sits in a time warp. Its infrastructure is a mess and road travel is a hazard not to be recommended due to undeveloped roads and reckless driving which makes night travel dangerous. It also needs to shake off its reputation as a country ruled by organized crime before it will have mass appeal. Whilst crime in Albania is high it is rarely targeted at foreign travellers though normal precautions against theft and pick pockets should be exercised.

Albania will also appeal to those seeking a low budget package holiday as costs are far lower than in other European destinations, and has the advantage of providing easy access by ferry to both Corfu and Italy. Developments are springing up in coastal areas to accommodate the rise in package tourism as the number of tourists has now exceeded 2 million a year.

Saranda is a coastal spot by the Ionian Sea which has long stretches of beaches, in addition to being close to the ancient city of Butrint which offers classical ruins to be explored. Butrint houses an old fortress, museum, amphitheatre and old city walls, and provides a welcome excursion from lying on the beach. Saranda also boasts daily ferries to the close Greek island of Corfu.

Vlora is a coastal city backed by scenic mountains and offers beach holidays in the sun, as well as running ferries to Italy. There are many other coastal destinations which are beginning to see developments aimed at tourists, and it remains to be seen if they manage to blend into the coastline or become overdeveloped in a rush to accommodate expected tourist increases.

Tirana is the capital city of Albania and offers a vibrant center which comes alive in the evenings. However it is not recommended late at night as violence can often erupt between volatile Albanians who may still be in the habit of carrying shotguns. It is on the whole a friendly center for foreigners but don’t expect to find a city with usual European standards.

Travellers to Albania should be aware that medical treatment is mainly rudimentary and that the hepatitis vaccine should be used before travelling. Those who venture into Albania now will experience a country on the cusp of change, still restrained by high levels of poverty. Prices are low within the country and the opportunity is there to see Albania before it potentially emerges as a more developed nation. If admitted to the EU then it is likely to rise in popularity as a cheap alternative vacation spot to the better known countries in Europe.

For more information about travel in Albania here is a link to the best websites: http://www.helium.com/items/1849824-best-albania-travel-websites and further information is provided by the Albanian government website.