Visiting Albania – you will love it 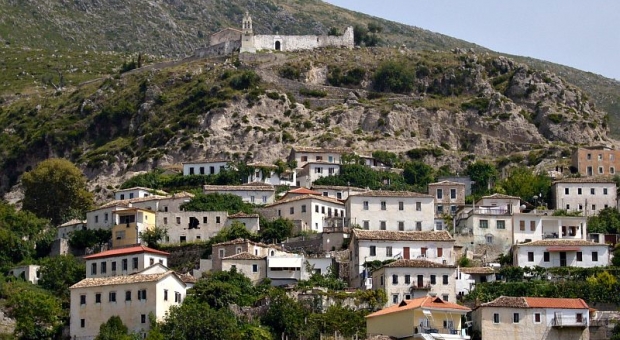 My trip to Albania lasted one week. After evaluating various opportunities I decided to make the trip by plane and then rent a car. Booked a flight through an agency I found on the internet with a representative in Tirana. It was called Venice Budapest Tirana Hungarian Airlines, comfortable and uncrowded. Upon arrival at “Mother Teresa” in Tirana I immediately noticed how new, nice and small the airport was. Customs control charged 10 € per head for entry. Rapid recovery of the luggage and the car was ready at the exit. We were advised to take the internal road instead of following the coast, and it turned out to be efficient and accurate. We departed for Saranda at 15.30. Good roads up to Durres, but ones around Fier need a lot of good work still to modernize. Frequent police patrols, almost all with cameras.

From Fier we had to deal with traffic at problematic times for the state roads, amplified by the fact that the route is all mountainous. What is not lacking is the frequent presence of piles of garbage (mostly plastic) along roadsides. Someone was burning them making smoke and transferring the smell. It is this presence that accompanied us throughout Albania. Another thing that impressed me is the frequency with which you can find restaurants of all kinds along the way. And equally amazing was the fact that not even near said restaurants were there any villages or houses to be seen for miles. Who knows where they will be ambushed! We made a stop at Memaliaj, quiet and very nice to catch your breath. We went into a bar.

Kind and pleasant service offered us coffee and we also took two small bottles of mineral water. Total 120 leks (1 euro)!. Continuing along the road we encountered animals in quantities: flocks of sheep, cows in each corner and edges of roads and lots of donkeys. Alone and free or charged with anything and often ridden by kids who greeted us with smiles and gestures. The kindness and availability was another theme of this holiday. We also saw women or children who were cooking along the way, to sell, corn cobs on fire in logs. We crossed a few villages that seemed to come from another age. We arrived in Saranda at 21.00 in the midst of chaos and the evening walk in search for car parking. Saranda is considered the most beautiful vacation spot and most coveted by the Albanians and therefore is also the most popular, especially on summer evenings. Talked with firefighters to enter the street where the hotel was located and then, despite the difficulty in understanding, one of them led me to a parking spot on the sidewalk making me feel comfortable. We found our hotel, the Palma e Arte but our arrival was planned for the next day! We were tired but with a lot of patience after speaking with the owner we made a new deal. They suggested we went for a bite, as we were on an empty stomach, and once we were back our room would be ready.

That was one of the first examples of simple and friendly openness that marked all the people we met. We ate in a room with a beautiful terrace overlooking the sea. Spit-roasted turkey, potatoes and beer for two for only 7 Euros. Back at the hotel we were “lent” a triple, finally getting a shower and shortly afterwards going to bed. Problem solved and seasoned with endless excuses. The next day we got up and went for breakfast at the bar in the front. Had bread with butter and jam. There were other options on the menu, but they remained unknown as well as unattractive. We Toured to discover the sea and promenade and ended up in a delightful and characteristic market of fruits and vegetables. Abundant white and black grapes and bananas. Spent the day at the beach renting an umbrella and two sun beds for € 2.50. Bottles of mineral water costed 40cent. The prices were equal at every place we went. Spent the evening at the restaurant Zhupa, recommended by the guide, where we had grilled fish for € 30. Good and fullfilling!